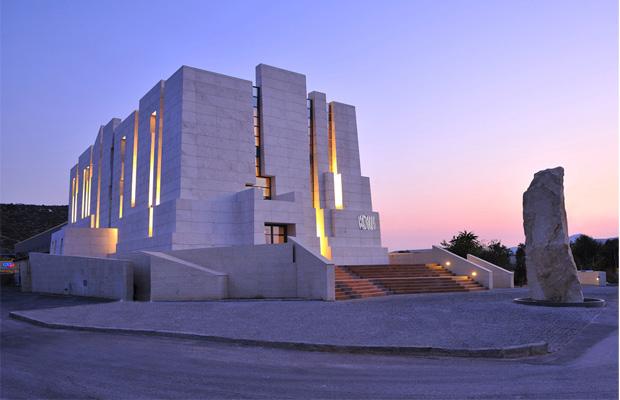 Within the 16,000 m2 industrial marble yard there are three production buildings, an auxiliary site office pod and the new Headquarters of Administration and Show Rooms. The building’s volume and shape is inspired by the traditional mediterranean marble quarries of Penteli and Dionyssos in Greece or Carrara in Italy. The company follows today’s high technology for both Greek archaeological restorations (Parthenon, Propylaia, Herodus Atticus Theater, Epidaurus) but also for contemporary buildings either in California or in Las Vegas casino hotels, in China or in the Far East. The company deals with production facilities and distribution centers in Greece, Bulgaria, China, Brazil, California.

The Office building is clad in beige marble at five degrees to vertical, on block shaped zones. The deep elongated glass strips are a reminder of the quarries’ vertical splices, protecting inner spaces from the harsh Mediterranean sun.

The entrance leads within a four-storey void (including the first basement) with the first and second levels receding within. The windbreaker over a bridge directs to the Show Rooms which will expand to the first basement. A smooth water fall starts at the upper slab to reach the basement cistern’s recycled water, underlining the yielding power of water on marble.
The first floor’s use is Offices, Accounting and Archives, the second is Meeting rooms and Administration. At the Penthouse, personnel dining and Kitchen service company functions.
The total building surface is around 3,000 sq.m..
At the WAF 10 or International Barcelona Architectural Fair of 2010, the project was awarded by being shortlisted on the Fair’s 10 Best Buildings. 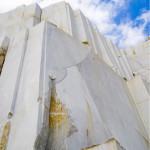 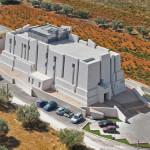 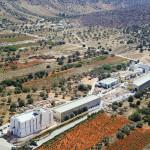 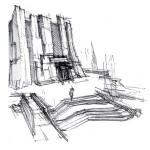 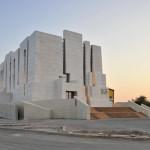 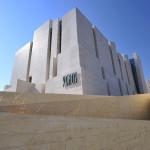 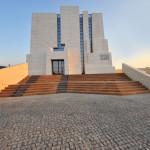 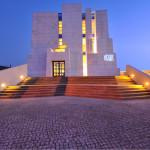 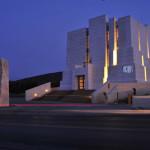 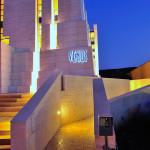 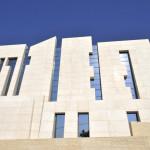 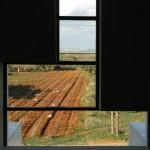 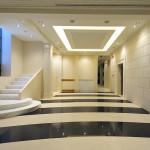 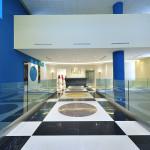 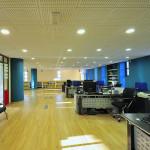