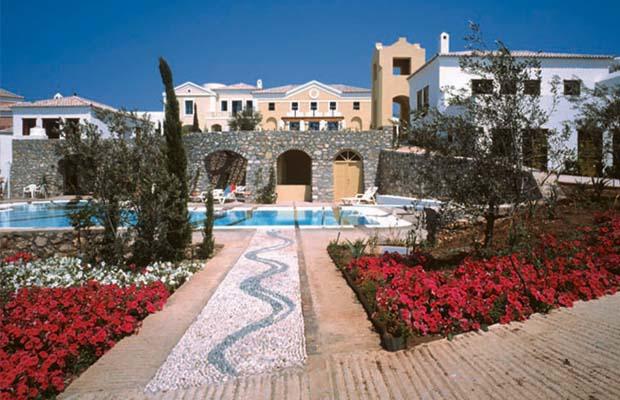 The island of Spetses is by car two and a half hours away from Athens. Although with a past of seafaring help for the Greek independence of 1821 it has become a vacation ‘’suburbia’’, keeping the 19th century vernacular.
This single family house shows the owners’ concern for each member’s privacy. The parents, two daughters, a son and guests have independent rooms forming a U shaped total. The U’s horizontal bar, straddles the peninsula’s ridge, thus the common enclosed spaces of living, dinning, fire place and kitchen catch the cross breezes of the Old Port and the open sea.
The main view is to Spetses’ houses with pleasure boats and kaiks. Formed by the ochre reception area and the two white – washed bedroom wings is a ‘’platia’’ as outdoor reception with a large black-and-white pebble compass and the ‘’belvedere’’ tower next to it. This open space flows to the trellised play area with a retaining wall cut by a series of archers looking at swimming pool and port. At the opposite side the sea view tennis court stage where the ball’s thuds are covered by sea waves.
Each family member’s rooms extend to an outdoor courtyard. Thus the common living area overflows opposite sides with outdoor dining areas next to the kitchen’s vegetable garden. 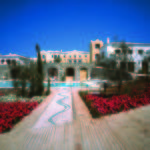 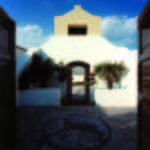 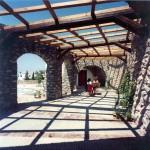 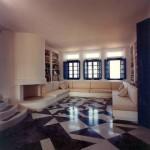 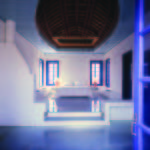