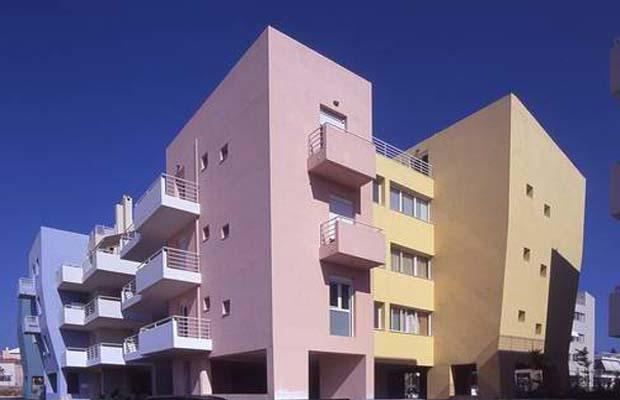 The Neapolis area in Chalkida is on boarder with the city center. Nearby are the new Enclosed Sport Center, the Elder’s center (KAPI) and the Nursery. The Public School opens to a town park.
The 1800 m² industrial area was bought by ‘Bitros Constructions’ for the study and construction of a housing project ‘Nefeli’, the first parcel of 5680 m² was aimed at middle income housing.
Young couples and families bought the units quickly as Athens also is less than an hour away by suburban train.
There are five three storey apartment houses of 12 units each. Surfaces vary:
• 25% three bedroom units: 90-110 m².
• 40% two bedroom units: 75-85 m².
• 25% one bedroom: 30-65 m².
• 10% studio units: 45 m².
The housing blocks accentuate their ‘youthfulness’. Built on stilts at 70% of ground coverage they allow pedestrian circulation with an elder’s and children’s pool. Parking is underground.
Every corner block is a ‘tower’ with inclined walls and a studied color scheme that helps users’ orientation. All units have three external surfaces with views to sea or mountains.
Pioneering are structural features such as the anti earthquake Thorax system of the Bitros Metal Companies. 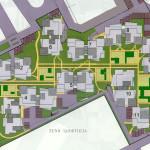 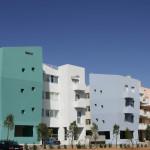 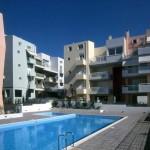 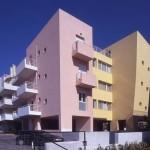 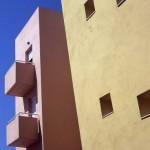 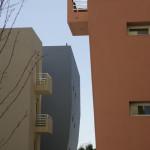 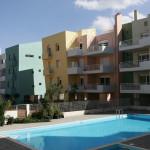 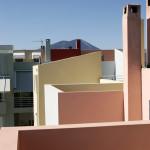